The SM100 Battery Powered Tug is a battery-powered tug that generates traction through a leveraged weight transfer system. A portion of the load weight is used to apply pressure on the optimally-sized wheels, allowing a single operator to easily move loads weighing up to 2,200 lbs. A simple lever ensures a secure coupling to the load making the SM100 a safer alternative to manual handling of heavy wheeled loads, even on slopes or in congested areas.

Video of Cart Mover in Action:

Contact us today in order to start reducing the danger that may be occurring in your workplace!

Benefits of Implementing an Ergonomic Solution > 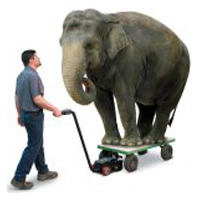 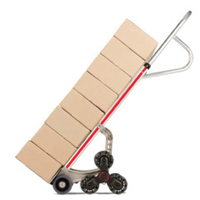 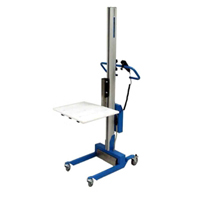 To expedite your quote request, please fill out one of our Application Forms. The information on this form helps us better understand your application requirements.

By submitting this form you agree to receive marketing emails from Liftsafe Group of Companies, if you do not wish to receive these emails comment above.
Loading Comments...